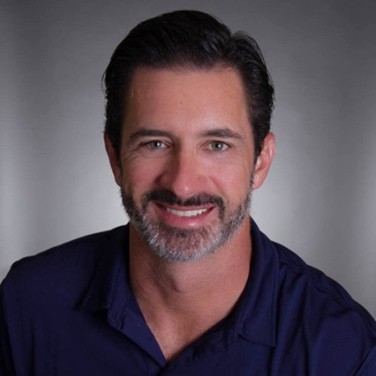 In December 1996, Trey Prats graduated from Louisiana State University with a Bachelor’s of Science/Pre-Med Degree. Immediately after graduation, he took a sales job with LYNK Systems as a Credit Card/POS Sales Representative. Trey moved up in the ranks of the company and was eventually named District Manager in New Orleans. He found himself selling more ATM units to bars and restaurants than CC Terminals and POS Systems. The incredible potential on the retail ATM side inspired Trey to take a chance and in November of 2000, Trey established ATM Worldwide out of the bedroom of his parent’s home in New Orleans. Through hard work and a staunch focus on building solid relationships with clients, Trey grew the ATM Worldwide portfolio from nothing to 368 units across the US within 5 years (75% Local / 25% National). The retail portfolio consisted of bars, restaurants, C-Stores, Off-Premise Bank and Credit Unions, major Indian Reservation casinos, racetracks, truck stops, movie theatres and outdoor destination event locations.

Despite the rapid growth and overall success of the company, Trey saw an opportunity to further strengthen his existing relationships and expand even further into the FI market. In April of 2006, Trey acquired a local ATM and bank equipment service company. The acquisition of this service company enabled ATM Worldwide to offer both “On-Premise” and “Off-Premise” ATM solutions to FI’s.
In August of 2008, Trey was approached by a local Financial Institution looking to find a way to eliminate the up-front costs of investing in a new ATM fleet, as well as reduce operational costs associated with their ATM program.

They expressed frustration and fatigue over the daily management of their 3rd party vendors required to keep their ATM program operating efficiently. Ultimately, they were looking for a “one-stop shop” to provide everything required to run and operate a Financial Institution’s ATM program. Understanding that this challenge was an industry-specific issue and not just specific to this individual FI, Trey began to develop the overall Financial Institution Business Model. This business model would later manifest itself into Automated Transaction Delivery, a business model that would include the cost of new equipment, drive the ATM’s, forecast cash, monitor ATM’s for service related issues and make it more profitable (or less of a loss) to the financial institution. Although ATM outsourcing by FI’s was a relatively new concept, local banks and credit unions slowly warmed up to the idea over the last several years. Increased industry regulation, higher overall costs to operate and the need to keep up with technology advances at a faster pace (to remain competitive) has drastically changed the landscape of ATM outsourcing over the last five years. Today, ATM Worldwide has relationships with more than 20 Financial Institutions in Louisiana.

In 2014 Trey Prats established Automated Transaction Delivery (“ATD”) to meet the growing demand for a true Managed Services ATM program for Financial Institutions. Automated Transaction Delivery is the sister company of ATM Worldwide that offers 100% of all Managed Services to tier 2 and tier 3 (i.e. smaller FI’s) Financial Institutions nationally. Concurrent with the establishment of ATD, Trey Prats brought on Fred Wheeler, a 30+ year veteran of the ATM industry with an extensive career focusing on FI’s. Fred has held numerous leadership positions with companies like Diebold, NCR and Red hawk. The increasing demand of technology at ATMs and inside branches has put Automated Transaction Delivery in a perfect position to capitalize on a strong market share of FI ATMs and bank equipment across the entire country.